In less than one year, the 2016 Olympics will kick off in Rio de Janeiro and athletes from around the world will flock to the South American tourist spot to compete for the gold in their chosen competition. These athletes have spent countless hours training mentally and physically, preparing their bodies for the hardships and hopeful rewards at the games. However, if these athletes want to compete at the games, they need to also prepare their bodies for the countless diseases and infections they open themselves up to when they swim in Rio’s horribly polluted waters. 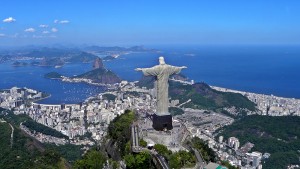 An Associated Press investigation has found adenovirus levels in the water more than fourteen-thousand times the level that would be acceptable for waters of the United States. Water quality experts in the United States typically become alarmed if the level of viral contamination in the water reaches 1,000 viruses per liter. The levels in Rodrigo de Freitas lake, the site thought to be the cleanest based on a coordinated clean-up effort, was found to have 14 million viruses per liter, while some areas were as bad as 1.7 billion viruses per liter.

Viruses can enter the body through any orifice, including a small cut. Competitive sailors and canoers are often splashed during their competitions, and they inhale mist regularly. Direct contact with the water is not required to begin suffering some of the side-effects of these diseases and biota contaminating the water, including explosive diarrhea, severe vomiting, and also potentially serious heart and brain diseases.

Doctor Carlos Terra, the head of the Rio association of doctors specializing in liver diseases states that everyone who swims in these waters runs the risk of infection. Kristina Mena, a US risk assessment expert for waterborne illnesses states that merely ingesting 3 teaspoons of the Rio water exposes the individual to a probability of 99% chance of infection.

Rio’s waters are so filthy and filled with viruses because Rio does not have adequate sewage treatment facilities. For the last few years, the 3 in operation did not run at full capacity and the one inaugurated in 2000 did not treat a drop of waste until it was connected to the sewer mains in 2014. Rio was supposed to build eight sewage treatments plants with Japanese monetary assistance, to help clean the bay for the games. The Japanese have found no significant improvement of the water quality of Rio’s waterways since the time that there were no sewage treatment plants in existence in Rio. In other words, the waterways are essentially raw sewage.

Rio has had years to prepare for these games, but have been dangerously negligent in their care for the waters that thousands of athletes from 205 different countries will be competing in. The International Olympic Committee wants to only test for bacterial infections, stating that with assurances from the World Health Organization, viruses are not their concern. This advice was given amongst a strong push from US and European officials urging that viral contaminants in water be tested by regulatory agencies, because most illnesses from recreational water activities are caused by viruses, not bacteria.