Dueling-Kings are not exactly Gordon Gekko 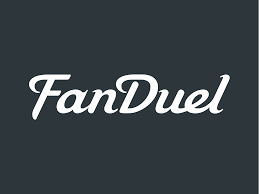 Weekly fantasy sports sites have experienced a meteoric rise and have now reached a milestone – the industry’s first scandal. The New York Times first broke the story about the scandal involving the two most predominate sites in the industry, FanDuel and DraftKings.  At issue is employees of the two sites using nonpublic information from their employer’s site to play fantasy sports on their competitor’s site. The reason for the uproar is that there is money to be won, and the NYT has reported that employees were using no-publicly available information and winning large sums. While this activity is certainly alarming and paints the industry in a disingenuous light – the issue is less like insider trading and more like front running.

The classic definition of Insider Trading is acting on material, nonpublic information, by a corporate insider, or other person who owes a fiduciary duty to the company. While the definition has drifted away from the fiduciary duty standard it is still accepted that someone is committing an insider trading violation when they act on nonpublic material information that is outcome determinative. This is not the case here.

The analogy to insider trading is not correct as the employees had no way of knowing individual statistical performances before the games. What they did know ahead of time was the ownership percentages of various athletes on their company’s site. The beforehand knowledge of ownership percentages was beneficial as it allowed for the employee to construct a unique lineup with a greater probability for success. However, the ownership statistics could not be deemed to be exactly the same on the other site. Further, the two prominent sites use different valuations for players and algorithms for scoring. Thus, an employee using information from their employer’s site was limited in scope to activity on the competitor’s site.

What these employees were engaged in is more similar to Front Running than Insider trading Front Running which is the acting on nonpublic information knowing that when the information becomes public a price will change in a predictable manner. The employees knowledge of ownership percentage on their employers site is useful information in constructing a team, and is not the same as knowing the individual statistical performances of games beforehand, which would analogous to insider trading.

Whiles employees of both DraftKings and FanDuel are prohibited by company policy from participating in contests on their company’s site nothing forbids them from participation on a competitor’s site. Nonetheless, there has been a backlash to the relitivley unregulated world of weekly fantasy contests. Major media outlets have scalled back their participation with these sites and the New York State Attorney General has opend a formal investigation. Undouble, a safe bet would be to count on continued scutingy of these websites and a push for their regulations.