Two prominent figures are going head to head in a Trademark dispute over their respective logos. Joel Zimmerman, an EDM artist known as Deadmau5, versus Walt Disney. Zimmerman is not only famous for his music, but also for the extremely recognizable helmet he wears during performances. 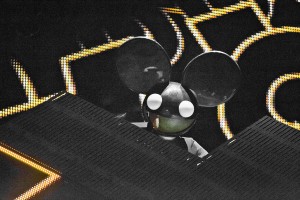 This “mau5-head” represents a mouse with a small cranium, a large white wide-set smile, two white eyes and two large ears. Zimmerman’s attorney points out that he has been using the mau5-head for about a decade worldwide and acquired Trademark registration of it in 30 countries. However, when Zimmerman applied to register the mau5-head in the United States, Disney opposed the registration claiming consumer confusion between the mau5-head and their own Mickey Mouse cartoon head insignia, which would cause damage to their sales since both marks would be in similar goods markets.

It’s important to note that registration of a trademark allows the holder to use their marks in the stream of commerce and protect against other business from using the owner’s mark. Potential trademarks are published every Tuesday in the Trademark Official Gazette which the United States Patent and Trademark Office supplies an online database and a PDF version. A person has 30 days to either (1) file an opposition to the trademark with the Trademark Trial and Appeal Board (TTAB); or (2) request an extension of time to file a notice of opposition if believed that damage will occur to the person opposing by this new registration.

Zimmerman took to Twitter making comments such as “lawyer up Mickey” and shooting back a cease and desist letter relating to a separate allegation of copyright infringement on Disney’s part.

The trouble here is, trademark protection, unlike copyright or patent protection, can last for however long as it is in use (provided proper forms are filled out over the years), meaning protection may virtually never expire. If Disney properly asserts their claims of potential damage and show surveys and other evidence of consumer confusion, then Disney may be able to have a sort of monopoly over any similarly styled mice heads.

If this litigation continues on in court without a settlement, we will know the answer to the question: Does the differing of sizing and colors of a mouse’s features really matter?